Since last ten years, India has been able to sustain its No. 1 status of the World in Mints Production. Although there has not been any technical break-through or innovation, all these years, yet farmers & trading communities supported by Industry deserve all the credit.

Looking at the production data of last ten years, it is worth observing that the production of M. arvensis which is the major oil of production, is going up & up since last three years and yet the trade is able to sustain its prices, which generally, does not happen in agricultural commodities. 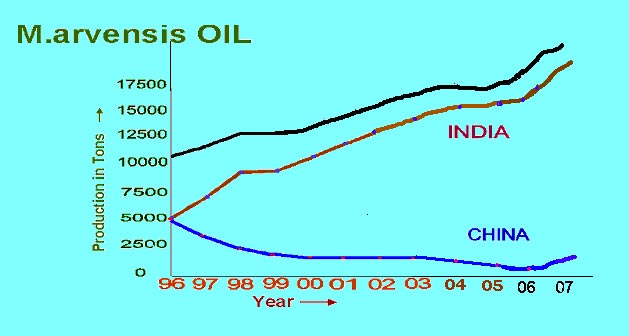 Looking at the production data of last ten years, it is worth observing that the production of M. arvensis which is the major oil of production, is going up & up since last three years and yet the trade is able to sustain its prices, which generally, does not happen in agricultural commodities.

Market behaviour is quite erratic as is the case with most of agricultural commodities.

Looking at a glance on last ten year‟s prices, it is very common to see pitfalls after a certain interval. Whenever „Supply‟ increases the „demand‟ such probability increases.

It would be worth keeping a close watch on production and consumption figures by Spice Board who is the promoting Agency appointed by Govt. of India.

How India can sustain its STATUS:

Till this stage, the growth story of Mint production in India is written by its growers and entrepreneurs / industrialists with minimum support from our R&D Institutes and from Government Agencies.

As present returns to the growers are on comfortable side, the area under mint production is likely to go up, creating a bigger “surplus” every year. Moreover, the present prices are also encouraging growers in China and other Asian countries who are likely to return to mint crops, causing additional worries. So, unless we take up some corrective measures before the situation goes totally haywire, our farmers' community may face the burnt in any of the future years.

Framing up of future strategies depend on understanding the issues well after taking due considerations of problems and requirements of Industry. R&D should be directed on issues & subjects, which are relevant from Industry‟s point of view. Patents should be applied on products or processes, which would be sought after by entrepreneurs in future and not just for the sake of “numbers”.

Industry though its Associations is always willing to cooperate. Let the Spice Board take the initiative and form a Joint Panel for framing up policies and seeking solutions for future.

Essential Oil Association of India, (EOAI), which is celebrating its Golden Jubilee year, represent growers, traders, processors, scientists and exporters of essential oils and their value added products. It is such an authentic platform where any issue or strategy can be discussed and decision taken for the welfare of Industry.

EOAI is also fortunate to have its own office having space for Quality Control Lab + Library + Auditorium at Noida by next year.

EOAI is committed to work together with Spice Board and other R&D Institutes for the welfare of Mint Industry.

There should be equal emphasis on many other varieties of mint and other cash crops in mint growing areas rather than leaving the farmers to expand M. arvensis. However, equal returns are to be demonstrated to persuade farmers to adopt any other crop in the same area.

Some of these crops can be –

The varieties to be developed should be viable from “Return to the grower” point of view and at the same time should be acceptable to Industry.

Indian mint oils and many value added products should be promoted by Government Agencies worldwide to create a “BRAND INDIA” image. Organizing WORLD MINT CONGRESS in Northern India would be one of the ideas, which may fulfill some of our objectives. When a buyer comes to our doorstep, we stand better chances of winning his heart rather than approaching him in his office though one of our marketing officer who has his limitations. Small producers should be given equal opportunities to come into contact with buyers from other countries. This will boast the confidence of small to medium entrepreneurs who always hold the future of Industry.

Ten years back crude dementholised oil was a common product of export. Many factories in Europe and USA were engaged in processing this by-product of Mint industry into various value added products. Indian entrepreneurs took the initiative on their own and created the history. Now almost all value additions are done in India. Still there is scope for more value additions.

Research should be directed on utilising Mint oil and its other products for various new applications. Products like, Toothpaste, chewing gums, pain balm, cough syrups etc are too common to demonstrate, the uses.

Conversion of menthones and many menthol isomers into more potent “cooling agents” is already being undertaken by European companies. Presently, there is no such research work being persued in our R & D Labs to the best of my knowledge. Spice Board many support such R&D activity with Government owned Institutes or individual Scientists.

This is one of the most important areas for immediate intervention. New regulations, which are tougher to implement, are being formulated by European Community. Safety and health have taken first seats. Standards are being constantly revised giving importance even to minor and trace ingredients which are considered dangerous to human health and environment. Monitoring such ingredients require sophisticated instruments rather than relying on Gas chromatography alone.

I am thankful to officials of Spice Board and EOAI who have taken this initiative and permitted me to present this paper. 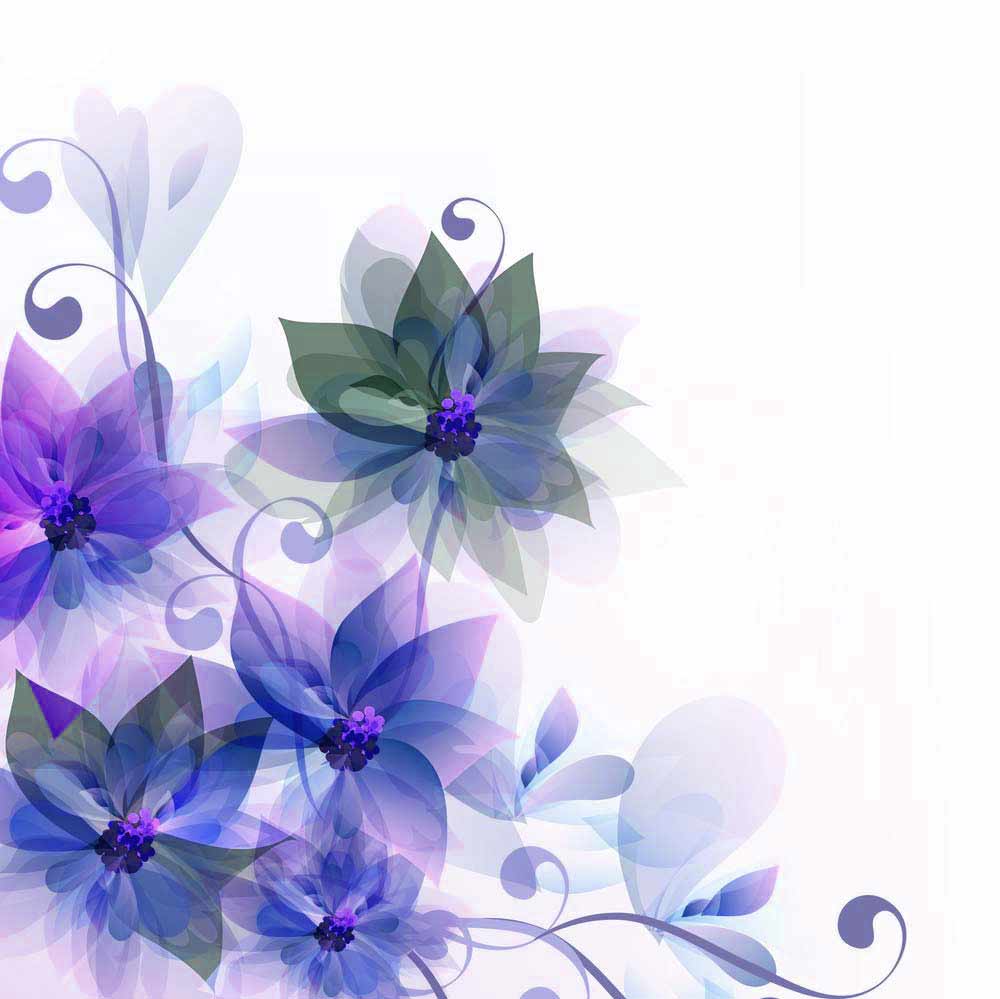